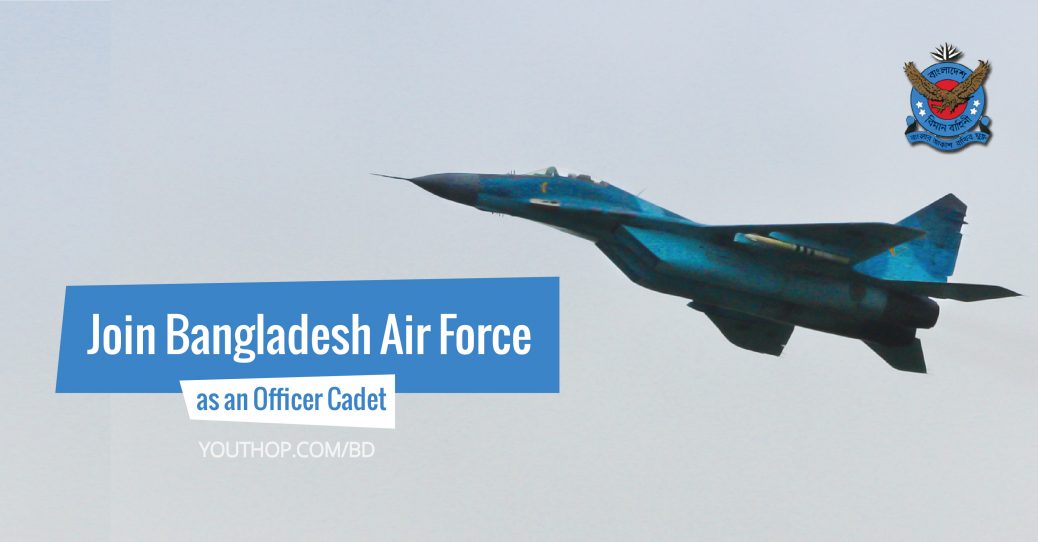 Documents Required with the Application Forms:

NOTE: Incomplete application form will not be accepted.

Period of Enrolment: It will be intimated through Daily Newspapers and BAF website-www.baf.mil.bd

Conditions of Ineligibility: Candidates of the following categories are ineligible for enrolment as airmen:

The origin of Bangladesh Air Force (BAF) dates back to 1920 in British India when the Indian politicians demanded for inclusion of local people in the Royal Air Force because some members of Indian Royal Flying Core had earned name and fame in the 1st World War.

Get week's most popular opportunities!