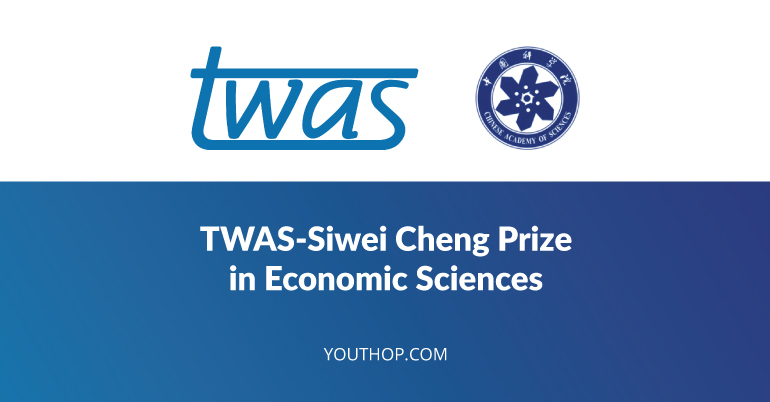 TWAS is inviting nominations from all its members as well as science academies, national research councils, universities and scientific institutions in developing and developed countries. Nominations can only be submitted electronically through the online nomination platform and clearly state the candidate’s contribution to understanding and addressing economic sciences. Nominations of women social scientists and candidates from scientifically lagging countries are particularly encouraged. Selection of the awardees is made on merit and on the recommendations of the selection committees composed of TWAS members.

Apply online through the given link.

For further queries - Phone: +39 040 2240 387 Fax: +39 040 2240 7387, Email: [email protected]
Disclaimer: Youth Opportunities spreads opportunities for your convenience and ease based on available information, and thus, does not take any responsibility of unintended alternative or inaccurate information. As this is not the official page, we recommend you to visit the official website of opportunity provider for complete information. For organizations, this opportunity is shared with sole purpose of promoting “Access to Information” for all and should not be associated with any other purposes.
ShareTweetSubscribe
Share this